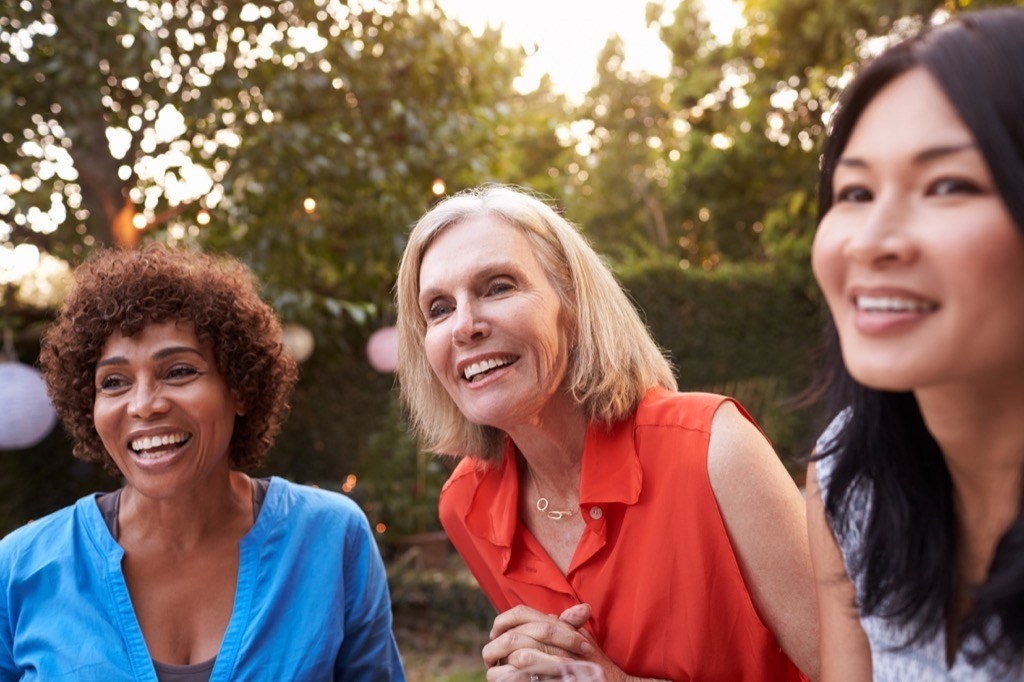 We might think the secret to good health is eating well and hitting the gym, but it’s clear that investing time in quality friendships is just as important.

People in the tight-knit villages dotted around Italy’s Sardinia are living a lot longer on average than those in other communities around the world.

But it’s not their diet, or any particular exercise program that’s increasing their longevity. Instead their secret to a long, happy life is friendship.

Canadian psychologist and author Susan Pinker has studied different communities around the world looking at the effects of friendship and close family relationships on longevity.

She found those living surrounded by friends and family constantly, the result was a huge difference in life expectancy – with men in particular increasing their lifespan by years, sometimes decades, compared to other parts of Europe.

It’s not an isolated study. In the UK, Cambridge researchers analysed studies from all over the world about the biggest risks of mortality, and found a lack of social interaction can greatly reduce your lifespan.

In the US, research showed that loneliness is so risky, it has the same effect of smoking up to 15 cigarettes a day .

So while we’re all being told to hit the gym, cut smoking, and reduce drinking, maybe to improve the health of our community, we need to start by reaching out to our neighbours, especially those we know are isolated.

THE POWER OF FACE-TO-FACE CONVERSATIONS

The organisation runs coordinated social events all over the country, but also encourages members to form their own social groups, helping support each other.

He said over the past year, the need for us to reach out and be social with each other is more profound than ever, with COVID restrictions forcing many older people into complete isolation.

“What connectivity people had has been reduced. Hopefully this (forced lockdowns) will put a focus back on why it’s so important.”

He said he sees the effect of loneliness regularly, and works hard to combat it.

“We’re only just beginning to understand the way the human mind works. We underestimate how social we are. (Throughout history) we were always surrounded by other people. We feel that connection when we get together.”

While his organisation is actively reaching out to isolated seniors, he is hopeful more people in our community will realise the power of face-to-face interaction, and support those around them.

“Face-to-face contact releases a range of chemicals in the brain. It’s like a vaccine that protects you against ill health – both mental and physical”, he said.

WHY MAKING FRIENDS AT ALL AGES MATTERS

Maree Bunkum knows that feel-good chemical well. After years of running her own cleaning business and working odd hours, she felt isolated from many old friendships she simply didn’t have the time to invest in.

But after moving into Azure Blue village in Carina three years ago, she realised just how much joy she gets from spending regular quality time with friends.

“I’ve met three lovely ladies since I moved in. One of them came over and introduced herself. She knew of our business – we had been cleaning her office under the contract.”

With her husband Trevor, the close group enjoy lunch together each day, realising their comparable backgrounds have helped form a bond.

“We can really relate to the friends I’ve met here. We’ve had similar experiences, and

one woman used to have her own business.”

In addition to the daily close connection she has with these friends, Maree said reaching out to the wider village has changed their whole social experience.

“We feel like we belong to a community. You say ‘g’day’ to people as you go past – it’s really friendly.”

While the couple are happily enjoying the close friendships now, they realise just how important this support could be in the future.

“I think that if something happened to one of us the other one has got friends that they can keep talking to” Maree said. “It avoids loneliness.”

THE POWER OF LOVE IN LONGEVITY

Back in Sardinia, the community is doing what they’ve always done – and that is surround those most vulnerable with love.

Ms Pinker said that during her studies of the region, each time she spent time with a centurion (someone older than 100) they were constantly surrounded by people stopping by to bring food, or even just a chat.  The method is clearly working, with Sardinians reaching the milestone age more than twice the rate than in other areas of the world.

Ian Henschke said while Australian communities are laid out differently to those in Sardinia, we can look to their lifestyle for inspiration.

“Sometimes people have to force themselves to do it (go out and socialise). But people are recognising that being part of a strong community is good for them.”

He added that while many older people are getting better at connecting online, this should complement, rather than replace face-to-face interactions.

“This will do you more good (for your health) than an hour at the gym, connecting with each other. One of my mum’s friends is 102 today. That lady is living proof that having a lot of social connections really helps you in life.”

The post Why good friends can lead to a longer, happier life appeared first on Logan City.