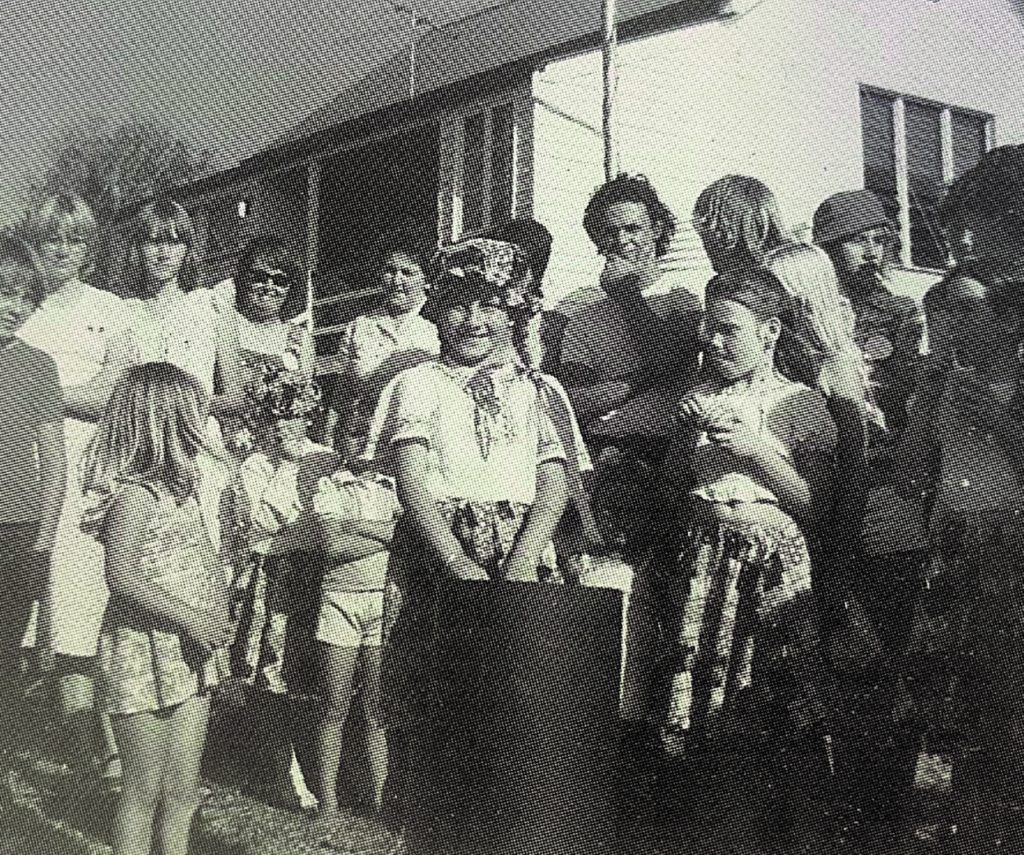 In 1977, in conjunction with the Centenary Celebrations of the Carbrook State School, a Time Capsule was prepared.

Its contents were on display on a table on the day:

At first, the committee planned to have the Capsule buried for 100 years, but that would mean that no-one connected with it in 1977 would still be around. So, they decided to bury it for 50 years. The letters from the families were included as they may be a point of interest to the next generations.

On the day of the Celebrations, photos were taken of Kathy Hammel placing the Capsule into its supposed resting place for the next 50 years. However, it was decided to not actually permanently bury it then, as it would be a good idea to add to it some photos taken on the day. So, the ceremony was carried out but the Capsule lived its first EIGHT years or so in a storeroom at the school. It was often “in the way”.

It did finally get buried at the old school but was relocated to the present site in about 1989. Mark Hammel was involved in the new burial “ceremony” and Alan Eadie and Barbara Hammel smoothed over the concrete to mark the site under the flagpoles!

The year 2027 will be most interesting. Did anyone secretly sample the alcohol during the eight years that the capsule lived in the storeroom? Is there really a Time Capsule at all?

Story from ‘Recollections: Stories from Carbrook‘