Frederick Pope was a fine young local man and an early resident of Woodridge in Logan, Queensland. He enlisted in WWI and was an original ANZAC, landing on Gallipoli during the first wave; being one of the first to dash ashore at Gallipoli.

After surviving some of the worst the world could offer during the first World War, he then returned to settle down with his new bride Francis. They went on to gather timber, raise a family and chickens in the sparsely settled Woodridge area on a property he lovingly called ‘Parkhill’.

25 years later, he again raised his hand to serve his country in another world war, WWII. 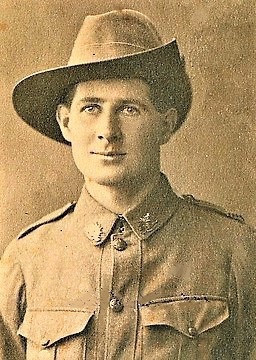 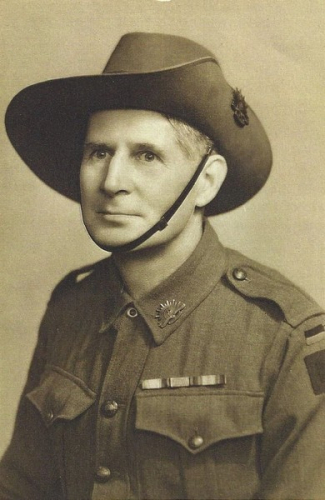 Serving for the duration of this war, initially, with a Garrison Unit and was eventually attached to the Cinematic Unit.

Fred survived that ordeal to return to his family (and chickens) to live amongst the peaceful trees where he then set about building a new house to replace the small timber home the family presently lived.

He used his ingenuity and skills to hand build the tools and equipment needed for that task, including the manufacture of concrete bricks to construct his dream home; on his poultry farm at Woodridge. His property was located with frontages on Jacaranda Avenue and Wembley Roads.

After passing in 1971, his daughter Patricia lived on at Parkhill to maintain the property until her passing in 2018.

All information gathered from the Logan City Historical Museum Society and the National Archives of Australia.