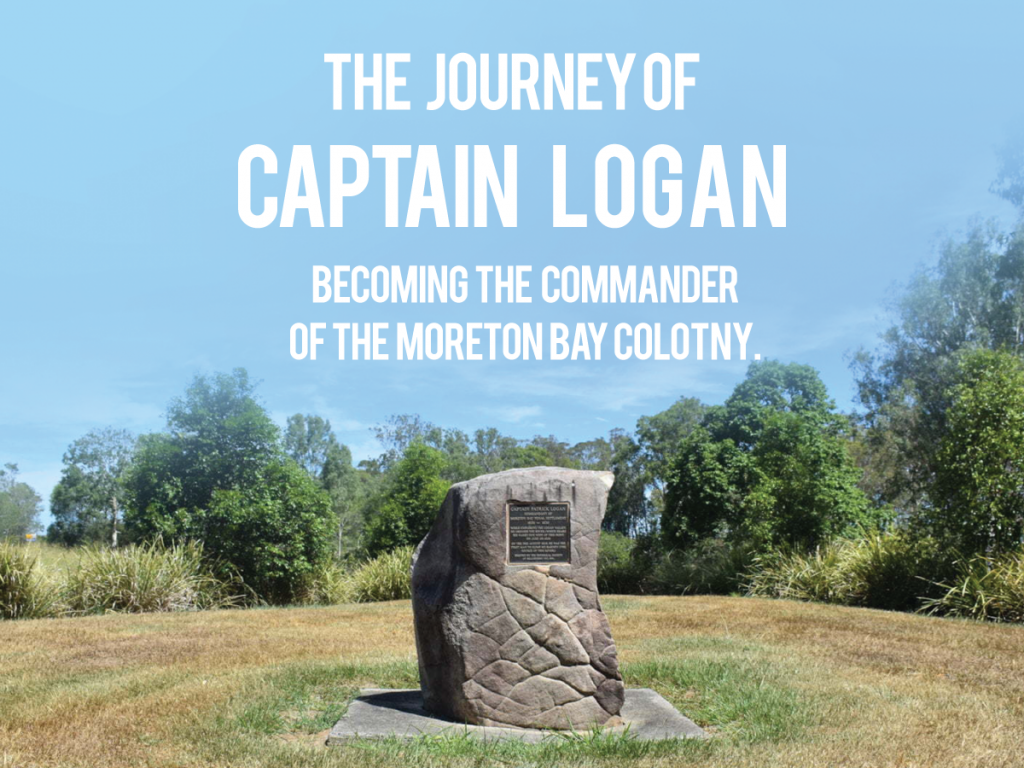 The Journey of Captain Logan: Becoming the Commander of the Moreton Bay Colony

Captain Logan thrived within the military, quickly rising through the ranks (Starr, J., 1988). As a passionate explorer and a physically strong man, possessed of courage and determination, the military provided the perfect environment for Logan to shine (Buchanan, R.,1999).

Originally enlisting with the 57th Regiment (West Middlesex) Foot Regiment (now known as the Duke of Cambridge’s Own Middlesex) as an Ensign on 13 December 1810, he served in the Peninsular War, the American war of 1812 and with Wellington’s army of occupation (Starr, J., 1988).

Given his subsequent reputation amongst the convicts at Moreton Bay, the treatment he endured during his time in the army would have influenced his actions when he was Commander (Starr, J., 1988). The 57th had such an unenviable reputation for flogging its soldiers, that it was popularly known amongst its members of the Forces as the ‘Steelbacks’ (Starr, J., 1988).

Just three years later, in March 1813, he was promoted to Lieutenant but was placed on half-pay in 1815, but according to the regimental records, it seems probable that he stayed with the 57th until it returned to England in November 1818 (Cranfield, L. R. 2021).

In the British Army and Royal Navy of the 18th, 19th and early 20th centuries, ‘half-pay’ referred to the pay or allowance an officer received when in retirement or not in actual service (Definitions.net, 2021).

By 1819, Logan had repurchased his full commission and re-joined his regiment, which was serving in Ireland. Logan was promoted to Captain in 1823. In the same year, he married Letitia O’Beirne on 5 September. (Starr, J., 1988).

Continue on this journey with Captain Logan as he makes the long journey to Australia.

The post The Military Career of Captain Logan appeared first on Logan City.