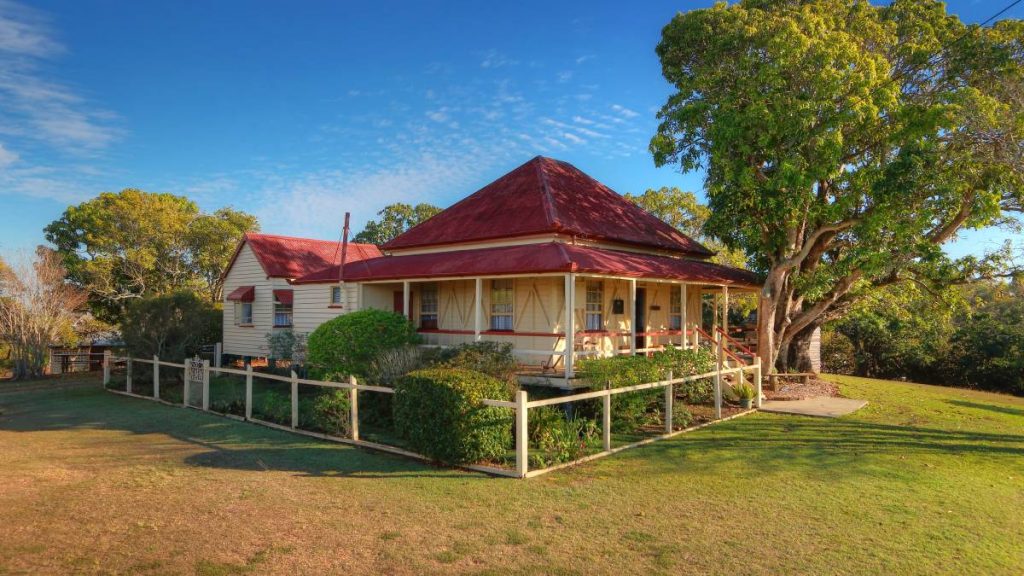 Logan is full of historical treasures just waiting to be discovered. One of these hidden gems is located on Mawarra Street in Kingston; visitors feel like they have stepped back in time to Logan’s pioneering age. Built-in 1887, the cottage has had very few changes.

The cottages original owners, John and Emily Mayes and their two small children, Joshua and Ruth, arrived in Brisbane from England aboard the ship Indus on 21 July 1871. On 27 June 1873, John took up 321 acres of land in the area that was later to become Kingston. At that time, was known as Scrubby Creek.

According to family stories, the Mayes made their income from selling timber as they cleared the land. They built a slab hut, planted fruit trees, pineapples and grapes, and kept bees.

As an example of the craftsmanship involved in building the hut, Ian Rohl, a descendant of John and Mary Mayes, remembers that “it was still secure against rain and the wind sixty years later”.

John worked cutting timber and clearing the land to develop a substantial orchard. He supplied the Brisbane area with fruit for many years. The mango trees date from that period.

They sold their produce in Brisbane or Beenleigh. By 1887, the Mayes had prospered and built a new house of sawn timber. They called it Pleasant Place; it survives today as Mayes Cottage. They repurposed the old hut to be storage for a buggy and, much later, a car.

Mayes Cottage contains original family furniture dating from the 1880s to the 1930s. John and Emily Mayes’ eldest surviving son, Josiah, lived in the cottage until the 1930s.

People can visit Mayes Cottage and have a look around. It’s a wonderful opportunity to experience a unique part of Logan’s heritage.

The post The Home that Family Built appeared first on Logan City.