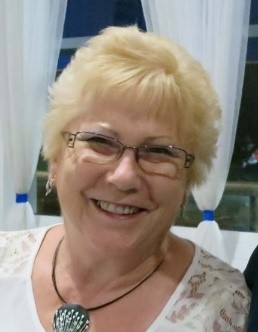 Betty was born, grew up, worked and married in New Zealand, before moving
to Sydney in 1998. In 2002, Betty and her husband moved to Brisbane, where they are currently living.

From an early age, Betty has been interested in art, however, she didn’t pursue it consistently until she had finished work and raised two children.

Betty has been an active member of several Art Societies over the years; both in NZ and Australia. In addition, Betty has held executive positions on many committees including Logan Artists Association.

In 2011, she was awarded Master Pastellist status and in 2012, she won the Pastel Society of Australia Inc John Jeffery Award for service to the Society.

Betty has also received a ‘Local Legend’ Award for her service to the community.

In February 2014, Betty studied for and was granted the National recognized Certificate III in Visual Arts (CUV30111).

Betty started volunteering her services to the Logan Artist Association in 2003 and is a much respected and sought after Art tutor. Proficient in all mediums, Betty specialises in pastels and water colours.

Betty firmly believes that no matter where she is, while walking along the artist’s
pathway, she will never stop learning