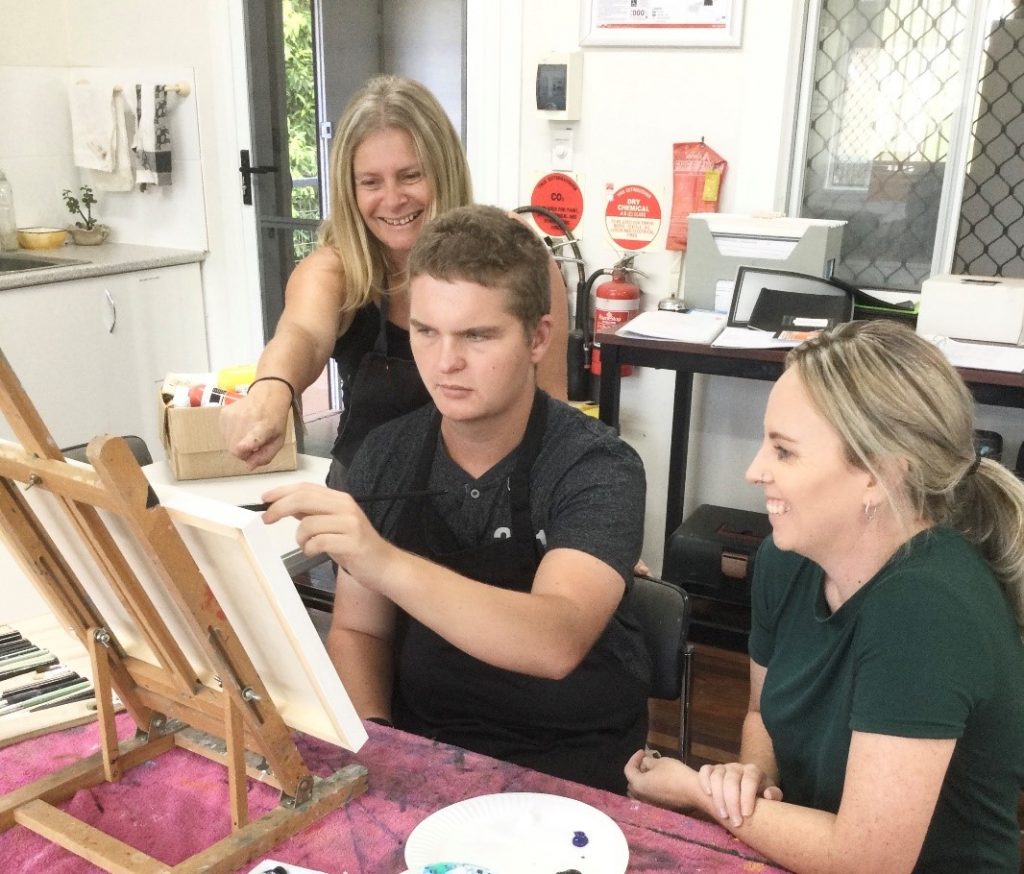 Rhyce is a local 21-year-old Autistic young man.  He lives with his Mum and Dad and comes from a large supportive and loving family.

One of the most important and significant people in coordinating, assisting and encouraging Rhyce’s development has been his carer Alicia.

He has been extremely fortunate to acquire the services of a professional, caring, respectful and trustworthy carer, whom he considers his friend.

NDIS has been the most important tool for further grants and development, for without them Rhyce would not have the numerous opportunities and programmes to fully develop his quality of life.

Both NDIS and Caring for Carers work holistically with Rhyce and his family in an ongoing capacity.

One of the major events in Rhyce’s life is his involvement with Logan Artists Association. Rhyce attends an art class each Monday afternoon tutored by Kristy Flynn. Rhyce has developed a strong teacher/student relationship with Kristy.

At the recent Logan Artists Association Members’ Exhibition, one of Rhyce’s exhibited works was chosen by the Federal Member for Rankin, Jim Chalmers, to be used on his birthday card which is sent out to senior residents.

Most of all one could say Rhyce has pioneered some pathways for others to follow, where previously it may not have been obtainable in certain community areas and for that alone he has proven to be inspiring.  His strength, confidence and determination has increased due to all his support systems.

His family are so proud of him and the young man he has become and is evolving into.