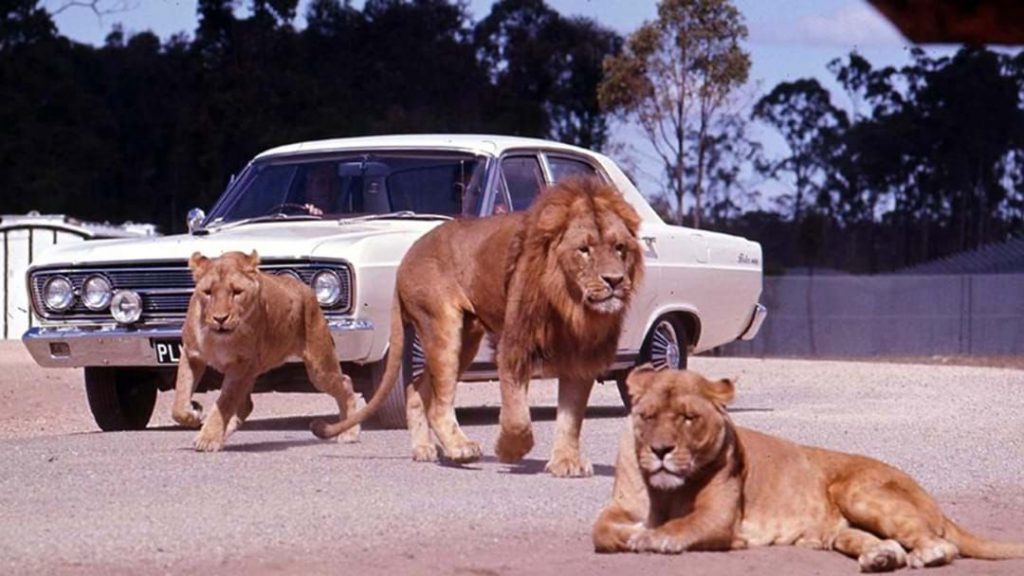 Yes, there was one, back in the late 70s and early 80s. One could drive through it, with the car windows up, as the lions were running loose within the park. And where was it? It was on the site of the present Hyperdome.

Hazel remembers visiting the park with her husband and children, “We took all the children there. It was amazing having a Lion Park so close to Rochdale!”

Its name was Ashton’s Animal Kingdom, and it had competition from Bullen’s Circus, which built another lion park at Stapylton. Neither lasted very long, as there were not enough customers to support two lion parks in such close proximity.

The next incarnation of the area was the Wild Waters water park, which had quite a few slides; including one with a partial roof, so you were sliding in the dark for some of the ride.

“I’m terrified of those types of things; it took me all day to go down the smallest slide,” Hazel recalls.

It had the added attraction of Matilda, the massive kangaroo which had winked at everyone during the 1982 Commonwealth Games which had been held in Brisbane.

While not as big as Wet and Wild, it was still a fun place to go too. After the land was sold to Myer, which built the Hyperdome, Matilda was still to be seen out the back of the shops for many years.