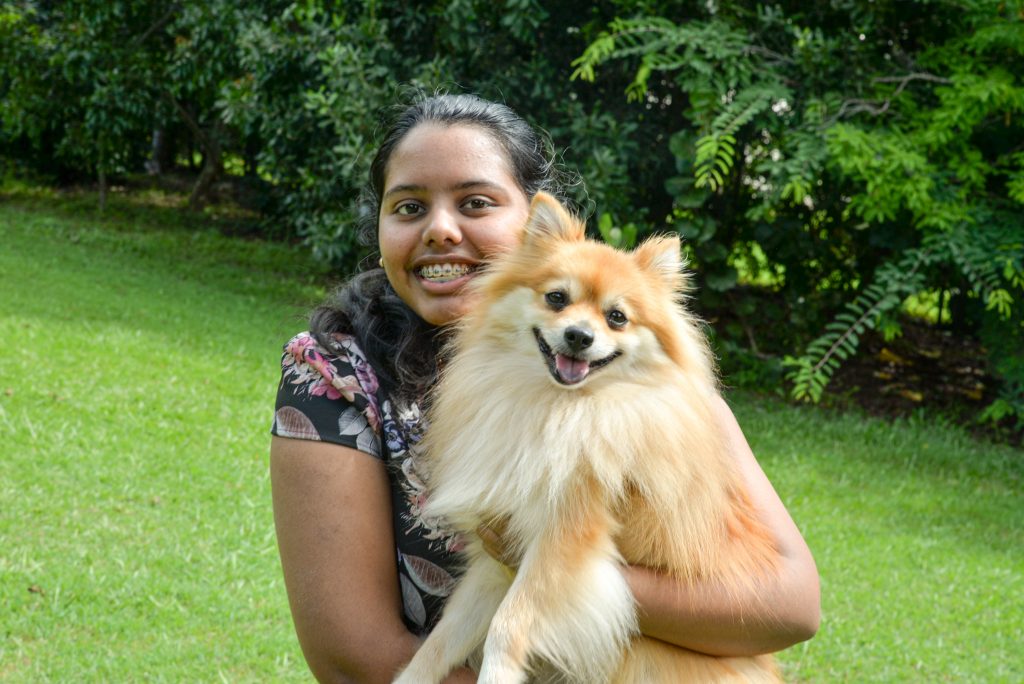 If there is one thing City of Logan teenager Juliet Thottunkal knows, it is how to keep
busy.

But while others her age might explore music or sport, Juliet’s passion is community
service.

The 17-year-old is currently completing her Duke of Edinburgh Award and is an
active member of the Logan Youth Action Group.

In the past year, she has raised more than $5000 for the Cancer Council via a garden show at her Boronia Heights home, as well as volunteering for charities such as the Smith Foundation, Doctors Without Borders and Save the Children.

At school, she is completing year 12, while also inspiring her peers as house service
captain.

Her parents, Devasia and Seelat, have tried to instill a passion for community service
in each of their three children from a young age.

“We have always encouraged our children to do charity,” Mr Thottunkal said.

“We’ve had many opportunities; we’ve got an obligation to give something back.”

Juliet was named City of Logan’s Young Citizen of the Year on Australia Day.

She said the recognition was humbling, and encouraging.

“I was so shocked I couldn’t even put my feelings into words on the day,” Juliet said.

“Standing on stage with so many other amazing people, it was really heartwarming.

“I felt part of the community and that I’d really made a difference.”

Juliet says one of the best ways people can encourage local volunteers is by
nominating them for this year’s City of Logan Volunteers Awards.

“(Public recognition) definitely gives people a boost and really encourages people to
get into the community and get involved,” she said.

This year’s awards ceremony is on Saturday, May 15 at the Logan Entertainment Centre, with awards presented to the City’s most outstanding individual volunteer, and volunteer organisation.

City Lifestyle Chair Councillor Laurie Koranski said while several outstanding
nominations had already been received, Council was still keen to hear from others.

“It is estimated that more than 7000 people volunteer across the City of Logan every
year,” Councillor Koranski said.

“These individuals give so much to our local communities, often without recognition or reward.

“We are thrilled to be able to honour their contributions through our annual
volunteering awards.

“The nomination is straightforward and simple so please, if you think someone in
your community deserves recognition, let us know.”

Nominations for the 2021 awards close on Monday, April 12.