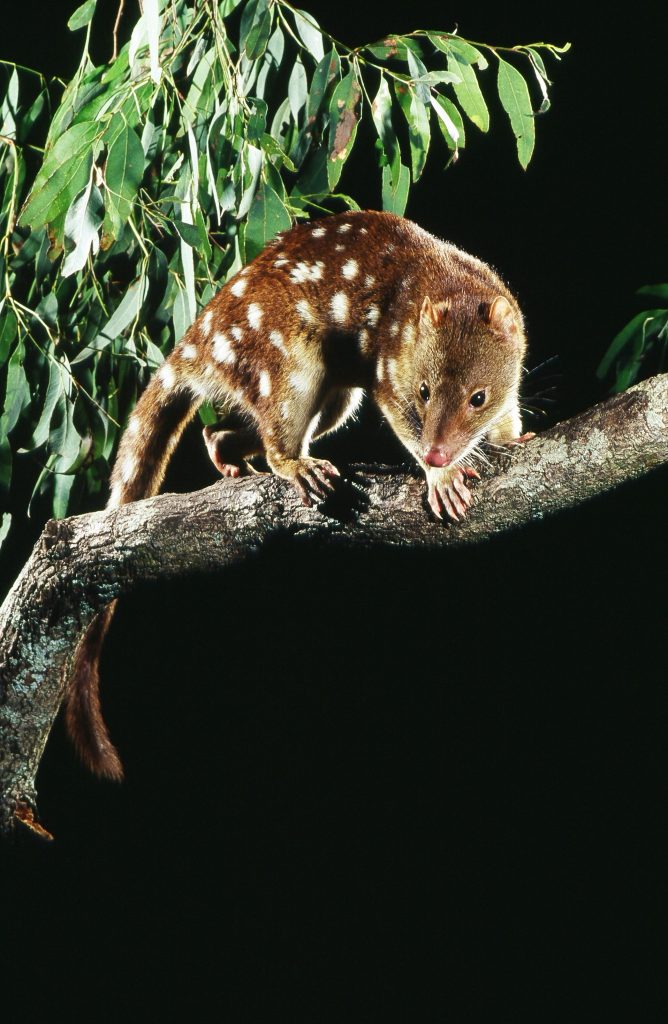 The search has taken more than a decade, but the existence of the rare native spotted-tailed quoll has been confirmed in City of Logan.

Conclusive evidence of the animal has been uncovered in Undullah in the city’s west.
A scat (faeces) was collected on a privately-owned property during a Logan City
Council flora and fauna survey.

The sample was sent to an independent laboratory for analysis.
Results confirmed the sample was from a spotted-tailed quoll.

It contained scientifically matched hair from the marsupial, which is listed as
vulnerable under Queensland’s Nature Conservation Act.

The last confirmed evidence of a quoll in City of Logan was a deceased male found
on the side of the Mt Lindesay Highway in 2005.

The confirmation that quolls still exist in City of Logan is the second major
environmental discovery in the region in recent years.

In 2019, eDNA (environmental DNA) was used to confirm the existence of the
platypus in the upper reaches of the Albert River.

“There have many been many possible sightings of this elusive animal over the
years, but this is the first hard evidence that has been found,” Councillor Raven said.

“This is proof of the diversity that exists in Logan’s natural environments and
underlines why Council is working so hard to protect and preserve our wildlife
habitats.”

The spotted-tailed quoll is a carnivorous marsupial similar in size to a cat, with ginger
fur, white spots and a pouch.

They are mostly nocturnal and can roam up to six kilometres from their den for food.
They use faeces to mark their territory.

Unconfirmed evidence of quolls was found last year at a property in Lyons, a City of
Logan suburb adjacent to Undullah.

On that occasion, dogs trained for the detection of specific odours indicated the
presence of quoll scat and odour, but no samples were located.

Now the existence of quolls has been confirmed, Council will undertake further
camera monitoring of potential quoll habitats in a bid to secure photographic
evidence of the marsupial.

Council will also work with the property owners where the quoll scat was found to
help improve the conservation value of the land.

Council’s Environmental Conservation Partnerships program provides opportunities
for landholders to have expert flora and fauna surveys conducted on their properties.

For more information go to: https://www.logan.qld.gov.au/ecp
Watch our video on quoll detection dogs in action at:
youtube.com/watch?v=ejn5s9DAIg8